Martin Luther and the History of Rights: A Conversation with Christine Helmer

In 1517, Martin Luther penned the 95 Theses which served as the starting point of a century of religious fervor and ferment. According to tradition, Martin Luther posted these theses on the church door in Wittenberg on October 31 - making tomorrow the 500th anniversary of the start of the Protestant Reformation. 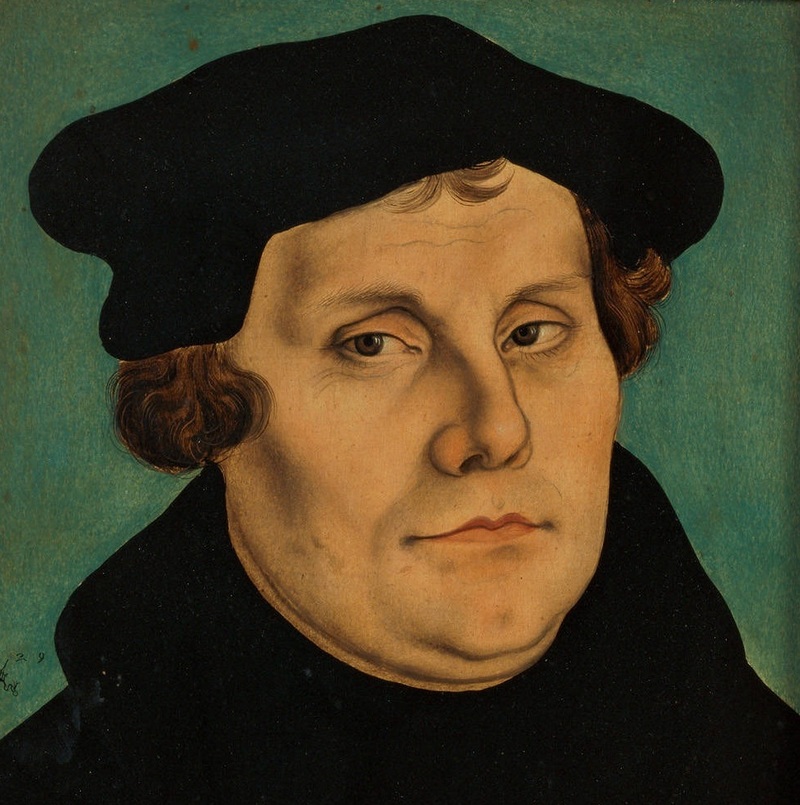 By any reckoning, the Reformation had a huge historical impact. To help us think about the quincentenary of the Reformation, and its relevance to the study of human rights, I was delighted to have the chance to talk with Christine Helmer, Professor of Religious Studies at Northwestern University. Christine is a distinguished intellectual historian and scholar of Martin Luther’s thought and theology.

LW: First of all, thanks so much for taking the time to talk with us about Luther and human rights! Many people view Martin Luther as a prophet of modernity. When Luther issued the 95 Theses, and then defended his right to answer only to his own conscience, he threw off tradition and authority and put the individual at center stage. This in turn was essential for modern ideas of human rights. Or so goes a familiar story. What's wrong with this story? (I know that there's reason to doubt that Luther actually nailed the theses to the church door, but let's put that aside for the moment!)

Yes, that is the familiar story! It is the reason why the 500th anniversary of the Protestant reformation is being commemorated this year, 2017, all around the world. The name “Luther” has become the “urban legend” of modernity. It stands for modern freedom, meaning autonomy from the church’s authority and for the recognition of the dignity of every human person. “Luther,” as Max Weber famously wrote, paved the way for modernity.

While this is the familiar story, and one that makes for great movies and bestselling biographies, it is not quite historically accurate. There is another side to Luther, one that I think is an important corrective to the popular story. Luther was not the first Protestant! He was a Catholic, an ordained priest, an Augustinian friar in an Observant Order of Augustinians (which means he followed a strict daily rule), and educated in the late medieval philosophical movement known as “nominalism” that was taught at the University of Erfurt where he studied.

Luther wanted to reform the Catholic Church. He thought that its liturgical practices did not adequately communicate the gospel message that Christ saves human sinners from eternal damnation. His many theological texts were intended to correct what he saw as compromises that the Church had made with respect to the gospel of Christ. Luther cleared the table of all the compromises. He insisted on what he argued was the one message of the Bible: Christ came to justify sinners by grace. This message has always been at the center of Catholic Christianity, even in its late medieval forms. Yet Luther perceived this message with a distinctive clarity, acquired through many years of study in philosophy, Bible, and theology. His questioning and intellectual wrestling took place in the context of the late medieval monastery and university and late medieval ideas. Many of Luther’s reformation ideas exhibit continuity, rather than discontinuity, with his “forerunners,” as the famous church historian Heiko A. Oberman called them. Or at the very least, any study of Luther must take into account that he developed his ideas in the context of the Catholic Church’s teachings and practices.

LW: So Luther wasn't a modern figure. Do you think Luther has any relevance to the modern concept of “human rights”?

Given my comments above about taking Luther seriously as a theologian in continuity with late medieval Catholicism, it is important to historically distinguish between Luther’s Catholic conception and what moderns mean when they speak of human rights. Human rights is a modern concept that presupposes a modern notion of the human person with inalienable rights and freedoms that must be guaranteed by the state. Luther, however, lived in the late medieval world that was characterized by a feudal political system. Serfs and peasants were not free, and in some cases were owned by the nobles.

Furthermore, Luther had a notion of human personhood that was much more relational than we might consider today. This relational notion of human personhood has to do with Luther’s theological understanding of the Church—namely, that all Christians participate in the “body of Christ,” or in other words the Christian community, and that they are reciprocally related to each other through this “body.” If one suffers, all suffer.

Using this idea as backdrop, we might consider Luther’s understanding of rights in terms of “social” rather than “individual” rights. What benefits one person benefits all; what is given to one, is given for the good of the whole.

Thus Luther can talk about social rights of education; if boys and girls are properly educated, then the entire society will benefit from good and wise leaders. Children have the social rights of a good upbringing, while parents have social rights to earn their living by work and to raise their children in a peaceful society. Social rights for the purpose of personal flourishing are understood through the reciprocity assumption in Luther’s idea of love of neighbor. The self who participates in the body of Christ is freed by Christ to serve the neighbor in love. The neighbor could be one’s child, one’s partner, one’s colleague at work, someone met on the street. The Christian serves to give and support the social rights of the neighbor, and thereby also earns a decent wage, benefits from a peaceful and wise government, and enjoys intimacy in personal relationship.

LW: As you've pointed out, Luther's vision of social rights was based on Luther's idea of the Church, undergirded by his theology of justification. This contrasts rather dramatically with the secular, liberal vision of rights that is commonly discussed today. Some might see in this contrast a reminder of the foreignness of the past; others might see in it resources for alternative (non-secular) groundings for some ideas typically associated with a broadly modern, secular, liberal concept of rights. Is there a "right" way to read this? (E.g., do you see this as a promising place for contemporary religious thinkers, ethicists, and theologians to develop an engagement with human rights? Is it mostly a lesson in how to not use history?)

One of the exciting things about studying great thinkers from the past is that they offer new ways of approaching particular issues that might be important to us today. The social problems Luther addressed—the lack of a good education, the injustices of serfdom, the need for wise government, and abuses of power in church and society—are problems we in modern society also face.

What I think Luther can teach us in terms of his notion of “social rights” is that the fundamental notion of personal flourishing is inextricably bound to social flourishing. If one suffers, all suffer. Personhood is relational; what one has, does, and is, is related to what others have, do, and are. I think this idea is a necessary corrective in a society that values the individual, specifically the meeting of personal needs for personal flourishing that is accomplished at the expense of the neighbor. Luther can teach us that the service to neighbor merits a decent wage; when one person serves the neighbor through work, that person should be compensated a decent work so that she can live from adequate wages; when boys and girls are given good educations, then all of society will benefit; when women are treated with respect, then all will become more human.

LW: What were some of the limits of Luther's vision of social rights?

Luther articulated his theology in the specific context of the late medieval world. He envisioned social rights for the territories ruled over by the nobles who had taken up his reformation ideas. Jews, for the older Luther particularly, were not at all to be embraced by, included within, or protected by any of these social rights. In fact, Luther agreed with the edict from 1536 to expel Jews from Saxony. Luther had inherited anti-Jewish ideas from medieval Christianity; German medieval culture was thoroughly permeated with anti-Jewish rumors and legends. Towards the end of his life, notably in the year 1543 (Luther died in 1546), Luther wrote some of the ugliest polemics ever written by a Christian theologian against Jews. In 1543, he wrote approximately 600 pages of anti-Jewish text. The work, “On the Jews and their Lies,” deserves special mention. In this text, Luther wrote “burn down their synagogues..., force them to work, and deal harshly with them, as Moses did in the wilderness, slaying three thousand lest the whole people perish.” Centuries later, the Nazis explicitly used these words as propaganda for the November pogrom that took place on the eve of Luther’s birthday, on November 9, 1538. Luther’s call to deprive Jews of basic rights to existence, rights that were guaranteed by pope and emperor, marks a despicable chapter in Luther’s life and work that must also be remembered during this 2017 commemorative year.