Natural rights and the American founding: An interview with Thomas West - Introduction 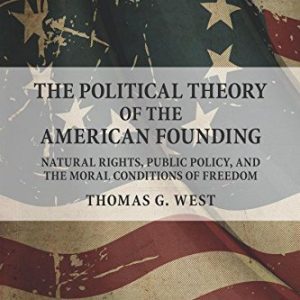 Thomas G. West, professor of politics at Hillsdale College in Michigan, has tackled many of these issues in his recent work, The Political Theory of the American Founding: Natural Rights, Public Policy, and the Moral Conditions of Freedom, published by Cambridge University Press in 2017.

Over the next several days, we’ll be talking with Professor West about his recent book, tackling history and political theory. Be sure to check back here for the interview!