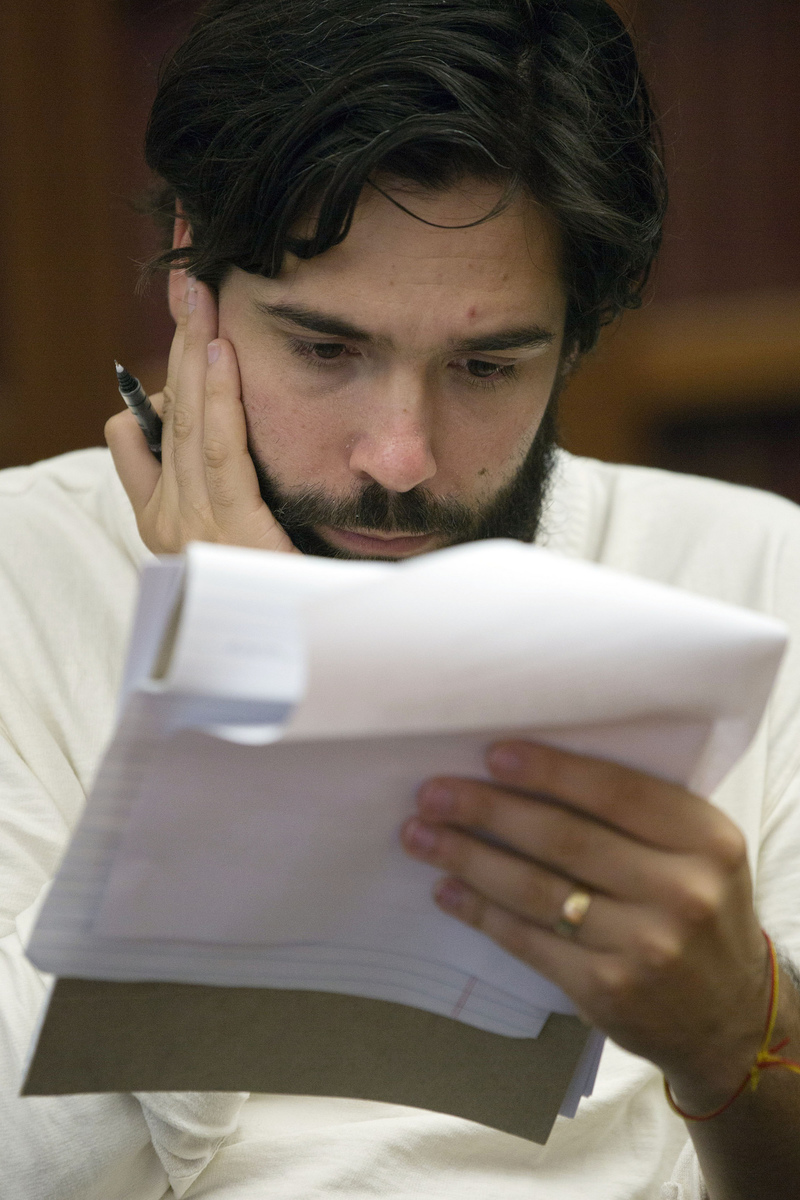 My grant from the Pozen Center allowed me to spend time in the archives of PEN International, at the Harry Ransom Center of UT, Austin, and PEN America, at Princeton University. PEN (Poets, Essayists, and Novelists) is the world’s oldest writer’s organization, and has been major player in human rights culture since the 1960s. Through their archives, I set out to reconstruct the history of how twentieth-century literature has become entangled with the ideal and practice of human rights, and how this entanglement has transformed both the field of literature and of human rights. I wanted to better understand why certain genres and forms of writing were folded into and promoted by the human rights movement around the formative decades of the 1970s and 1980s. Which writers, I asked, forged the durable links between writing and human rights? And which organizations –– whether human rights NGOs, publishers, or philanthropic networks –– enabled and buttressed these links?

A particular focus of my research across the PEN archives was the organization’s work with prisons and prisoners. It had, after all, been a global politics of the prisoner –– including the work of many imprisoned writers, such as Aleksandr Solzhenitsyn, Wole Soyinka, Kim Chi Ha, Jacabo Timerman, and Ngugi waThongo –– that had galvanized liberal Westerners to form human rights networks and publics in the 1970s and 1980s. Therefore, to investigate how prisons and prisoners worked as conduits in the growth of a global human rights culture, I tracked the rise of PEN’s two prison programs: the Writers and Prison Committee (WIPC) and the Prison Writing Program (PPWP).

As I discovered, the two wings of PEN’s prison work have very different histories, a different founding ethos, different practices, and different funding systems. Founded in 1960 by a Hungarian exile writer named Paul Tabori, the WIPC grew directly out of the Cold War. In the wake of the 1956 Hungarian Revolution, and subsequent Soviet Invasion, Tabori and other future members of the WIPC developed a practice of compiling names and information about imprisoned writers behind the “iron curtain,” and then using public opinion (the sharpest tool in the human rights shed) to lobby for their release. The emphasis on a freedom or “right to write” has made the WIPC a cornerstone of the human rights movement. Since then, the WITC has enjoyed the philanthropic support of these very organizations, whose emblems can often be found on the back cover of PEN anthologies and conferences. The earliest funding for the WIPC came from a very sizeable grant from UNESCO (already a backer of PEN since 1948), and in 1962 the organization won large windfalls from the Ford Foundation. Since 1992, George Soros’ Open Society has been the WIPC’s principle backer.

PEN’s Prison Writing Program (PPWP) was established in 1973, over a decade after the WIPC. Unlike the WIPC, the PPWP is, to date, an exclusively American project. Whereas the WIPC has worked to free imprisoned writers globally, often protesting the grounds of their imprisonment, the PPWP has worked to cultivate, publish, and publicize the writing of American prison inmates. While the WIPC has its origins in the international politics of the Cold War, the PPWP grew out of the domestic American politics of mass incarceration, the prison industrial complex, and the rich tradition of African American prison writing and prison art (often associated with the Black Arts movement). Inspired both by American slave writing and global Pan-African and anti-colonial cultures, from Franz Fanon to Leopold Senghor, African American prison writing built stylistic and political links between black radical culture in the United States and anti- colonial struggles both past and present. Within this context, the link between writing and rights inhered not so much in an implied freedom or write or “right to write, as with the WIPC, but rather the idea that writing itself was necessary to humanization. Black and Pinto (Chicano/a) prison writing emerged as a practice that could help fight back against the political, economic, and legal structures of dehumanization imposed on racial minorities that make up such a disproportionately high number of American prisoners.

The writings of the famous “Soledad Brother,” George Jackson, exemplified this movement, as did the work of poets like Etheridge Knight and Jimmy Santiago Bacca. The killing of the Jackson in San Quentin in 1971 and the Attica Uprising which followed as a response, helped launch PEN’s Prison Writing Program. Indeed, as I learned from my archival work, the drive and determination to create the PPWP grew directly out of a post Attica context, in which the demands of prisoners for more humane conditions and treatment took the form of robust calls for creative capacities to be nurtured and upheld. Members of PEN responded by establishing a program of writing workshops and prizes for writers in prison. Early on, funding for the PPWP was robust, and came from state agencies (hoping to reform their prisons) and major philanthropic organizations like the Ford and Carnegie foundations. Interestingly, however, I discovered a number of failed attempts by the organizers of the PPWP to procure funding from the Open Society in the 1990s, just as the time that the Open Society was beginning its major funding the WIPC.

What I came to understand, then, is that the refusal of the Open Society to fund a domestic program for prison writing while at the same time funding a initiative to free imprisoned writers globally is indicative of how the economics of human rights culture determines what kinds of culture become associated with human rights. While the writings of an imprisoned dissident in China might find its way into a human rights anthology bearing the Open Society’s logo and sponsorship, the writings of a Chicano prisoner in San Quentin will come by other means (if it comes at all), even if both writers (the Chinese dissident and the Chicano poet) are addressing the issue of human rights.