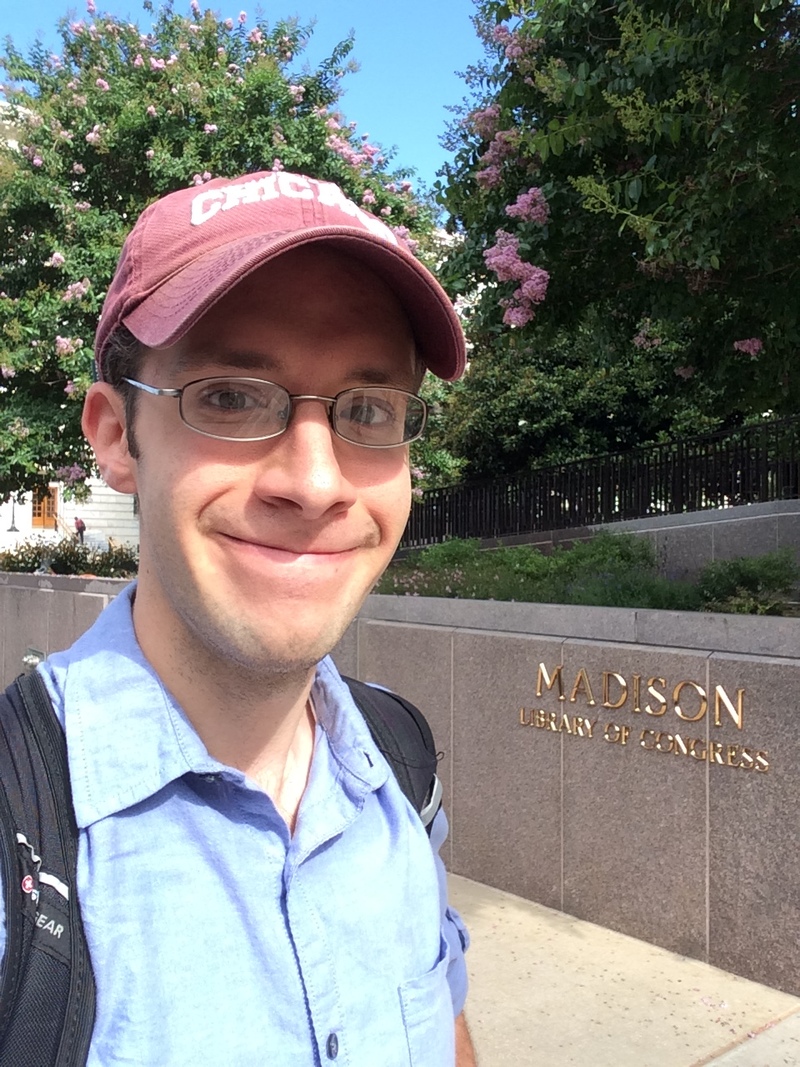 I was excited as I walked from the train station to the Library of Congress to start researching in the summer of 2015. I was there to conduct dissertation research in the library’s vast manuscript collections held at the James Madison Building. There were literally hundreds of boxes of material that held out the promise of enabling me to better understand the question that got me started on my dissertation: how did American lawyers in the 1940s become interested in international human rights?

Historians first started writing about human rights in earnest in the late 1990s. When they did, an obvious starting point for a modern history of human rights was the United Nations’ Universal Declaration of Human Rights (1948). Some excellent historical work was done on the intellectual, diplomatic, and political history of that document’s creation. More recently, scholars have examined the 1970s, which saw an explosion of activity and activism around human rights. Historians engaged in a heated debate as to whether the 1940s or the 1970s were the appropriate starting point for understanding the rise of human rights in the latter half of the twentieth century. But in part because of the forward-looking focus of some of the debates and discussions (“what is the start of the contemporary interest in human rights?”), there were and are still major holes in our understanding of what was going on in the 1940s.

At the Library of Congress, I was able to explore several rich collections that illuminated the political and ideological concerns that shaped Americans’ views of international law before human rights. Several individuals whose papers are housed at the Library of Congress provided me with thousands of pages of material to wade through. There was Robert Jackson, perhaps best remembered as the chief prosecutor at Nuremberg, but also a Justice of the U.S. Supreme Court, and before that, solicitor general and attorney general. He had occasion to think about international law extensively, not only when planning the prosecution of Nazi war criminals but also as attorney general on the eve of war. William Borah was another fascinating figure with a massive archival collection: a U.S. senator from Idaho who staunchly opposed the League of Nations, he is often remembered as an isolationist. But in fact, he maintained a surprising openness toward some internationalist ideas outside the context of the League. And there were others, some high profile and others more obscure.

One folder after another of yellowed, brittle papers. Enough material to work on for years. Thanks to the generous grant from the Pozen Center, I was able to conduct substantial research in these collections over two summers, in 2015 and 2016. I had sufficient time to process a lot of material—and come home with a personal archive of a couple thousand pages of material, thanks to the ability to take digital pictures of material at the library.

My research at the Library of Congress was productive. I found answers to some of my questions going in. But more than that, I found things that I didn’t expect to find, and learned things that have expanded my horizons and taken my research in some new directions.

I am more convinced than ever that international human rights law in the 1940s needs to be set in the context of the international law discussions of the preceding decades. And my understanding of the details of what mattered in the field of international law during that time period has been informed and, at points, transformed by the time I spent with the yellowed papers at the Library of Congress.