In late summer 2015, thousands of asylum seekers began arriving in Norway. At the time, they all had to be processed at a police station in the middle of the capital city of Oslo, and staff was quickly overwhelmed. Wait times were several days, during which people had nowhere to go and so would sleep on the sidewalks near the police station, often in clothing that was not warm enough for the coming Norwegian fall. Outraged by the lack of help these asylum seekers were receiving from the state, Osloites began to volunteer in record numbers, serving meals, donating clothing, providing medical assistance, and finding places for people to sleep.

“Support from the Pozen Center allowed me to begin pursuing the ways that discourses around human rights and national belonging intertwine in a multicultural neighborhood in Oslo, Norway.”

Issues of human rights have been at the fore of discussions across Europe about the current “refugee crisis.” These tend to focus on how Europe has a moral responsibility to take in and care for people escaping war in Syria and elsewhere. Others debate whether it is the responsibility of individual citizens to step in if the state seems to not be doing enough. Yet there has been little focus on the effect arriving asylum seekers have on the place of older minority communities within Europe. Support from the Pozen Center allowed me to begin pursuing the ways that discourses around human rights and national belonging intertwine in a multicultural neighborhood in Oslo, Norway.

The refugee center was moved from central Oslo to a remote area closer to the Swedish border that November, but the events of that summer and fall have remained present in the public memory. In August 2016, I attended a seminar on volunteerism, organized by academics, artists, and others who had volunteered the previous year outside the police station. After the main presentations, one woman in the audience asked the panelists why no one had mentioned the diversity of the volunteers or the role the local mosques had played, instead only focusing on white Norwegian volunteers. The panelists looked at her uncomfortably and had no answer. 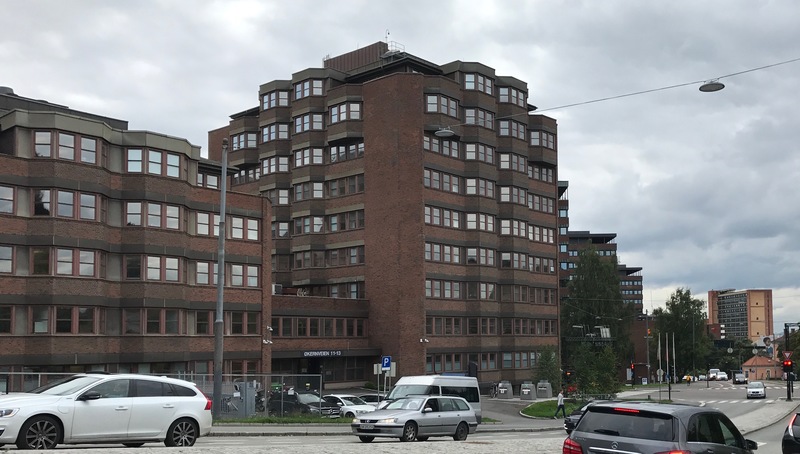 I was reminded of the woman’s question a few days later at an event at a nearby branch of the public library, where now-settled Syrian refugees and Norwegians could teach each other their respective languages. On a normal day, the library is filled with Somali-Norwegian families who live in the neighborhood, but that day there were very few. Instead, the library was filled with white Norwegians in their 20s and 30s from other parts of the city, Norwegian politicians, and young Syrian men. Many of the older Somali-Norwegians can also speak Arabic, so I would have thought they would have been the exactly the sort of people the event organizers wanted to attend. What was going on?

As the summer went on, I learned that providing humanitarian aid to asylum seekers the past fall had been a tense issue, where two volunteer groups, one made up primarily of white, “ethnic” Norwegians and the other, organized by a local mosque, fought over who was allowed to help. Norway prides itself on its commitment to human rights, and in media interviews, the group from the mosque frequently pointed out that they were living up to Norwegian ideals of compassion and humanitarianism far better than the Norwegian state, but their claims were ignored by many white Norwegians. Tensions reached a peak when a major newspaper named the leader of the mosque group “Oslo Resident of the Year,” only to have the award overshadowed by revelations that several months previously he had posted homophobic comments on social media. After the bad feelings that had come out between the volunteers, it was not surprising that many Norwegians of minority background did not feel events to help Syrian refugees were for them.

Thanks to the Pozen Center, I was able to begin to explore how these tensions play out. During long-term fieldwork during the 2017-18 academic year, I will continue to investigate these questions and how they relate to other social and political alignments, for example concerns over gentrification and affordable housing. My dissertation project is about forms of belonging within the Oslo neighborhood where this tension played out and the ways that forms of similarity and difference are produced between people living there. Discourses about human rights and this tension over who has the right to be a humanitarian is one important aspect of this project.

Janet Connor is a PhD student in Anthropology. Her research focuses on questions of citizenship, migration, linguistic registers, and urban change in a neighborhood in central Oslo, Norway.