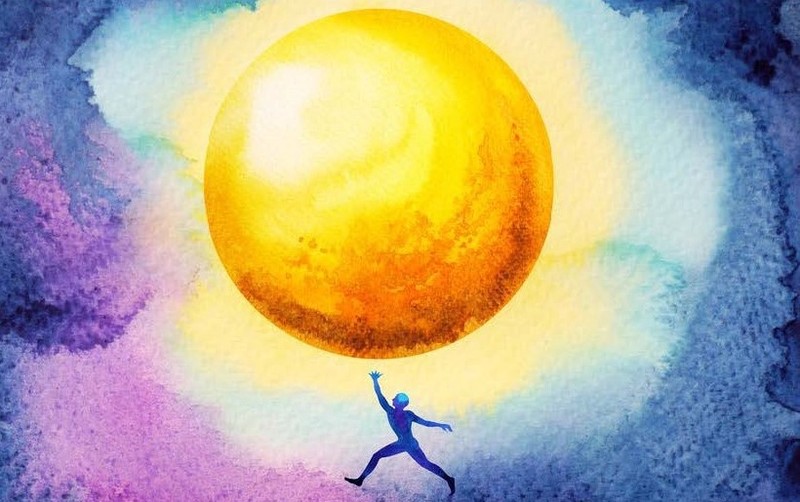 This post is the first installment from UChicago Law's International Human Rights Law Clinic in a series titled — The Matter of Human Rights. In this 16-part series, law students examine, question and reflect on the historical, ideological, and normative roots of the human rights system, how the system has evolved, its present challenges and future possibilities. Eleni Christou is a third year in the Law School at the University of Chicago.

By: Eleni Christou
University of Chicago Law School Class of 2019

When the term “human rights” is used, it conjures up, for some, powerful images of the righteous fight for the inalienable rights that people have just by virtue of being human. It is Martin Luther King Jr. before the Washington monument as hundreds of thousands gather and look on; it is Nelson Mandela’s long walk to freedom; or a 16-year-old Malala telling her story, so others like her may be heard. But what is beyond these archetypes? Does the system work? Can we make it work better? Is it even the right system for our times? In other words, why human rights?

Human rights are rights that every person has from the moment they are born to the moment they die. They are things that everyone is entitled to, such as life, liberty, freedom of expression, and the right to education, just by virtue of being human. People can never lose these rights on the basis of age, sex, nationality, race, or disability. Human rights offer us a principled framework, rooted in normative values meant for all nations and legal orders. In a world order in which states/governments set the rules, the human rights regime is the counterweight, one concerned with and focused on the individual. In other words, we need human rights because it provides us a way of evaluating and challenging national laws and practices as to the treatment of individuals.

The foundational human right text for our modern-day system is the Universal Declaration of Human Rights. Adopted by the United Nations General Assembly in December, 1948, this document lays out 30 articles which define the rights each human is entitled to. These rights are designed to protect core human values and prohibit institutions and practices that are contrary to the enjoyment of the rights. Rights often complement each other, and at times, can be combined to form new rights. For example, humans have a right to liberty, and also a right to be free from slavery, two rights which complement and reinforce each other. Other times, rights can be in tension, like when a person’s right to freedom of expression infringes upon another’s right to freedom from discrimination.

From 1948 to 1994, South Africa had a system of racial segregation called ‘apartheid,’ literally meaning ‘separateness.’ The minority white population was committing blatant human rights violations to maintain their control over the majority black population, and smaller multiethnic and South Asian communities. This system of apartheid was codified in laws at every level of the country, restricting where non-whites could live, work, and simply be. Non-whites were stripped of voting rights, evicted from their homes and forced into segregated neighborhoods, and not allowed to travel out of these neighborhoods without passes. Interracial marriage was forbidden, and transport and civil facilities were all segregated, leading to extremely inferior services for the majority of South Africans. The horrific conditions imposed on non-whites led to internal resistance movements, which the white ruling class responded to with extreme violence, leaving thousands dead or imprisoned by the government.

While certain global leaders expressed concern about the Apartheid regime in South Africa, at first, most (including the newly-formed UN) considered it a domestic affair. However, that view changed in 1960 following the Sharpeville Massacre, where 69 protesters of the travel pass requirement were murdered by South African police. In 1963, the United Nations Security Council passed Resolution 181, which called for a voluntary arms embargo against South Africa, which was later made mandatory. The Security Council condemned South Africa’s apartheid regime and encouraged states not to “indirectly [provide] encouragement . . . [of] South Africa to perpetuate, by force, its policy of apartheid,” by participating in the embargo. During this time, many countries, including the United States, ended their arms trade with South Africa. Additionally, the UN urged an oil embargo, and eventually suspended South Africa from the General Assembly in 1974.

In 1973, the UN General Assembly passed the International Convention on the Suppression and Punishment of the Crime of Apartheid, and it came into force in 1976. This convention made apartheid a crime against humanity. It expanded the prohibition of apartheid and similar policies outside of the South African context, and laid the groundwork for international actions to be taken against any state that engaged in these policies. This also served to further legitimize the international response to South Africa’s apartheid regime.

As the state-sanctioned violence in South Africa intensified, and the global community came to understand the human rights violation being carried out on a massive scale, countries worked domestically to place trade sanctions on South Africa, and many divestment movements gained popular support. International sports teams refused to play in South Africa and cut ties with their sports federations, and many actors engaged in cultural boycotts. These domestic actions worked in tandem with the actions taken by the United Nations, mirroring the increasingly widespread ideology that human rights violations are a global issue that transcend national boundaries, but are an international concern of all peoples.

After years of domestic and international pressure, South African leadership released the resistance leader Nelson Mandela in 1990 and began negotiations for the dismantling of apartheid. In 1994, South Africa’s apartheid officially ended with the first general elections. With universal suffrage, Nelson Mandela was elected president.

In a speech to the UN General Assembly, newly elected Nelson Mandela recognized the role that the UN and individual countries played in the ending of apartheid, noting these interventions were a success story of the human rights system. The human rights values embodied in the UDHR, the ICSPCA, and numerous UN Security Council resolutions, provided an external normative and legal framework by which the global community could identify unlawful state action and hold South Africa accountable for its system of apartheid. The international pressure applied via the human rights system has been considered a major contributing factor to the end of apartheid. While the country has not fully recovered from the trauma that decades of the apartheid regime had left on its people, the end of the apartheid formal legal system has allowed the country to begin to heal and move towards a government that works for all people, one that has openly embraced international human rights law and principles in its constitutional and legislative framework.

This is what a human rights system can do. When state governments and legal orders fail to protect people within their control, the international system can challenge the national order and demand it uphold a basic standard of good governance. Since the adoption of the Universal Declaration of Human Rights, the human rights system has grown, tackled new challenges, developed institutions for review and enforcement, and built a significant body of law. Numerous tools have been established to help states, groups, and individuals defend and protect human rights.

So why human rights? Because the human rights system has been a powerful force for good in this world, often the only recourse for marginalized and minority populations. We, as the global community, should work to identify shortcomings in the system, and work together to improve and fix them. We should not — as the US has been doing under the current administration — selectively withdraw, defund, and disparage one of the only tools available to the world’s most vulnerable peoples. The human rights system is an arena, a language, and a source of power to many around the world fighting for a worthwhile future built on our shared human values.