The Foundation of Human Rights: Is “Enough” Really Enough? by Joseph Nunn 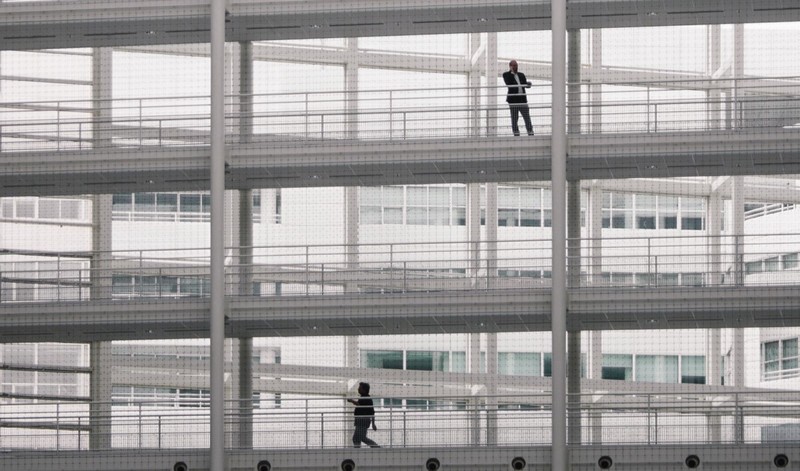 This post is the second installment from UChicago Law’s International Human Rights Law Clinic in a series titled, The Matter of Human Rights. In this 16-part series, law students examine, question and reflect on the historical, ideological, and normative roots of the human rights system, how the system has evolved, its present challenges and future possibilities. Joseph Nunn is a third year in the Law School at the University of Chicago.

The Foundation of Human Rights: Is “Enough” Really Enough?

By: Joseph Nunn
University of Chicago Law School Class of 2019

Last month’s inaugural entry in this blog series asked, “Why human rights?” Using the powerful example of the campaign to end Apartheid in South Africa, it explained that the principle justification for human rights is their ability to affect positive change in the world, particularly for marginalized populations. Human rights are certainly a powerful tool for doing good. But are they enough?

To visualize the dichotomy Moyn identifies between sufficiency and equality, imagine a country where prisoners are regularly beaten and humiliated by prison guards. This is a sufficiency issue: prisoners in this country are not sufficiently protected or provided with the basic right to be free from cruel, inhuman, or degrading treatment. Now imagine a second country where the richest 1% of people own 40% of the country’s wealth — more than the bottom 90% of people combined. This is an equality issue: while most people in the bottom 90% could enjoy decent living standards and sufficient access to entitlements like education and healthcare, the vast inequality in wealth means that the richest 1% are in a position to exercise disproportionate power over the country’s politics to advance their own interests. Should human rights advocates be concerned with the first country’s abuse of prisoners and not the second country’s inequitable distribution of wealth?

The answer must be both. Both sufficiency and equality should be treated as essential and interdependent goals of human rights, albeit with the understanding that they orient advocates toward distinct problems that will often vary in severity and urgency. While both of the countries in the examples above have a human rights problem, the first one has a far more urgent problem of not extending basic protection and basic dignity to a disfavored group. Here, the idea of sufficiency provides advocates with a compelling argument for why prisoners should not be abused: because everyone, no matter what they have done, who they are, and where they were born, is entitled to being treated with dignity, as an end in themselves worthy of protection. Again, the two concerns are interrelated, for the lack of equal economic and political power often means greater vulnerability to assaults on dignity.

The human rights system has for decades pushed for sufficiency in countries like the first one in our example. What has received less emphasis in human rights law and advocacy is precisely what Moyn identifies: an adequate emphasis on equality, and particularly on the problem of wealth inequality. In the meantime, global wealth inequality has exploded over the past thirty-five years. Today, the richest 1% of people own 45% of the world’s wealth. This extreme wealth inequality is a problem that the human rights movement must address if it is to achieve its goal of a just world where the promises of the Universal Declaration are realized in practice. Even where most of the people on the bottom of the spectrum are doing alright, the impact on society of pervasive and extreme inequality has widespread human rights implications. The impact differs from sufficiency problems, such as the abuse of prisoners, in who it harms and how it harms them. Abuse of prisoners harms the victims and their loved ones directly and many others indirectly. Still, in comparison to other social ills, direct harm, while clearly acute, occurs to a relatively small class of people.

By contrast, wealth inequality, which is often rooted in histories and legacies of other forms of inequality, harms almost everyone in a society. Substantial wealth inequality allows the ultra-rich to influence government policy decisions in ways that benefit them but harm the majority. Recent studies have suggested that the expansion of wealth inequality in the United States — which is the second country in our example above — has enabled the richest Americans to wield outsized influence over U.S. politics. The same studies show that the rich have used this influence to bring about changes that are counter to the popular will, such as funding cuts to social-safety-net programs that the majority of people would like to see expanded. In this way, wealth inequality undermines democracy and interferes with governance on the basis of the will of the people — an express guarantee of Article 21 of the Universal Declaration and other human rights instruments. In this specific example, wealth inequality also perpetuates poverty — and undermines the purpose of Article 25 of the Universal Declaration — by dismantling social services aimed at poverty amelioration.

“Everyone has the right to take part in the government of his country” and “[everyone has the right to a standard of living adequate for the health and well-being of himself and of his family”, proclaimed the newly formed United Nations seventy years ago. The Declaration enshrined a powerful commitment to recognizing the common dignity of human beings. It, and many conventions and declarations that came after, called attention to the worst and most widespread failures to pursue that commitment. Through the Convention Against Torture and the Convention on the Elimination of all Forms of Discrimination Against Women, the human rights system highlighted the most urgent, egregious and severe assaults on human dignity and provided the tools and the language to identify these problems and fix them. It is time for us to consider whether the common dignity of human beings can be achieved where extreme wealth inequality persists; whether people can meaningfully take part in the government of their country when they lack access to equal resources and education. When there is grave disparity of wealth, can there be equal participation in governance and adequate safeguarding of basic standard of living? It may be time, as we mark this anniversary, to ask hard questions about how wealth inequality is established, sustained and reproduced.